Ceiling Joists are structural framing members that are used to support anything attached or mounted to the ceiling, including drywall or other finishes, light fixtures, air vents, smoke alarms, security cameras, and fire sprinkler systems, etc. As like other types of joists, ceiling joists have to be designed to carry their own weight too. 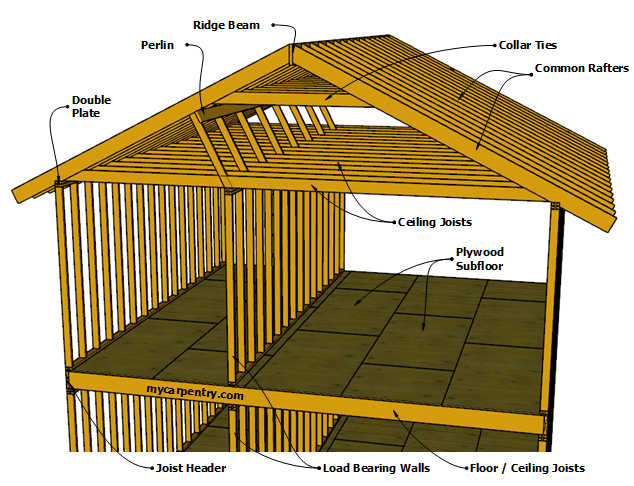 How to Determine Ceiling Joist Spans

On the attic level, the size and length of joists, used for framing the ceiling, depends on the design load (measured in lbs/ft2), which is the dead load (weight of the ceiling's building materials) plus the weight of items stored in the attic (the live load). Typically, span tables for these types of joists are calculated based on a combination of live load (20 lbs/ft2 plus a dead load of 10 lbs/ft2). See the ceiling joist span tables page for details. 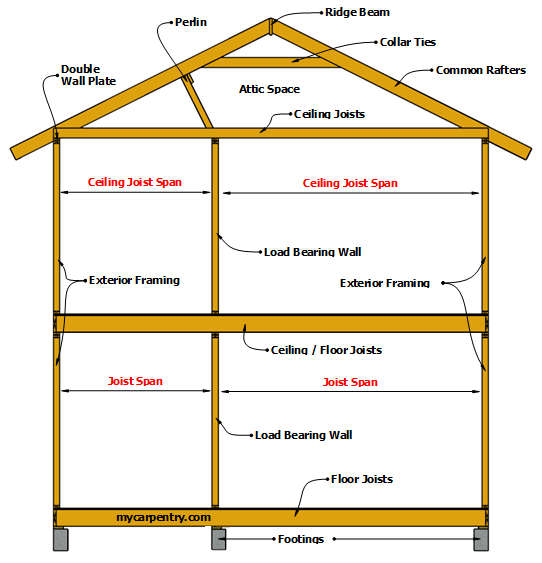 Ceiling Framing - Using a Beam to Break up the Span

If you have a ceiling span that is too long for the materials available, you can reduce the span by placing a beam between the long span, or by making use of interior load-bearing walls for vertical support. Note: If the interior wall has an opening, such as a doorway, a properly sized header should be installed above the opening.

If a beam is used to break up the span, it must be designed to carry the required ceiling/floor load of the structure. Joist hangers must also be used where the joists butt-attach to the beam. 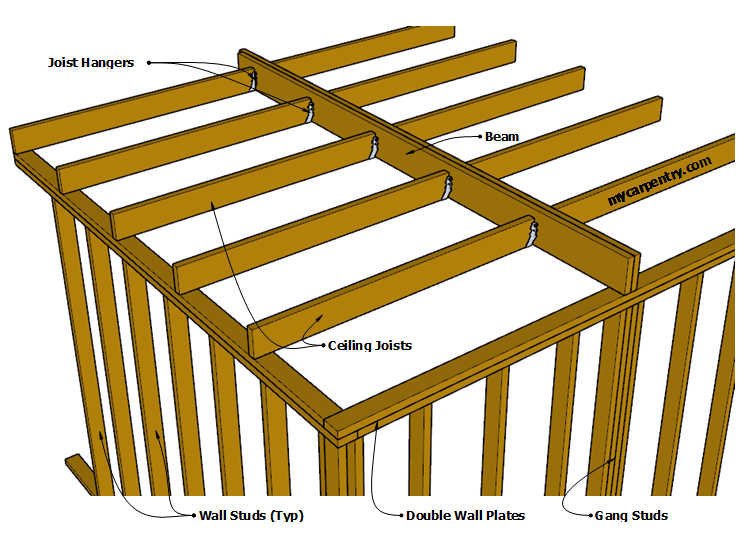 In gable-type roof framing, ceiling joists are positioned parallel to the rafters so that the base of the rafters can be attached to the ends of the joist. This helps prevent the weight of the rafters from pushing out the outside walls. 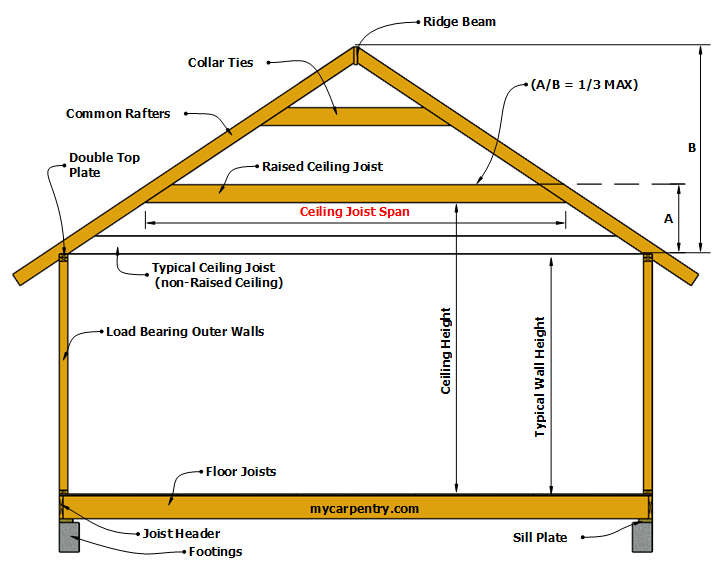 Framing for a Raised Ceiling

There are many ways to frame ceilings, just as there are for framing floors, walls, and roofs. For example, the diagram below shows how you can create a slant on the edge of a ceiling by adding some simple framing. This would be a good use for scrap material. 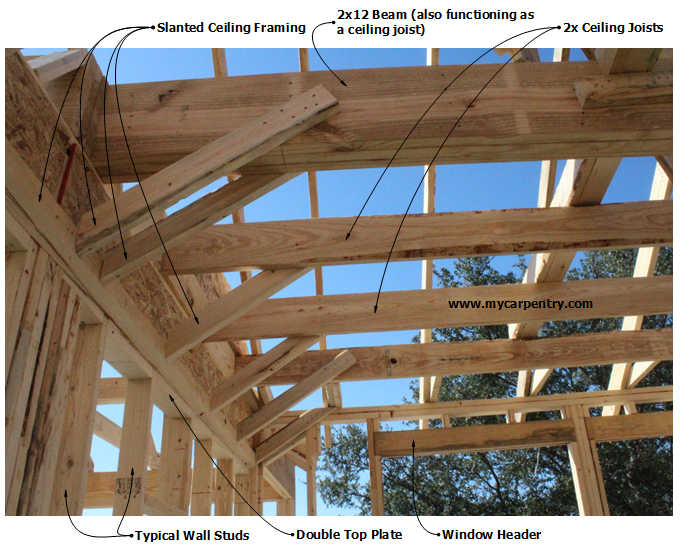