Building a split rail fence is one of the easiest fences that I've ever built.  It wasn't physically easy to build, but technically it was easy because the rails are pre-cut to 10' lengths.

When assembled, the ends of the rails butt together in the middle of the posts.  So, if you layout the location of your post holes on 10' centers, you can assemble the entire fence without making a single saw cut on the posts or the rails. 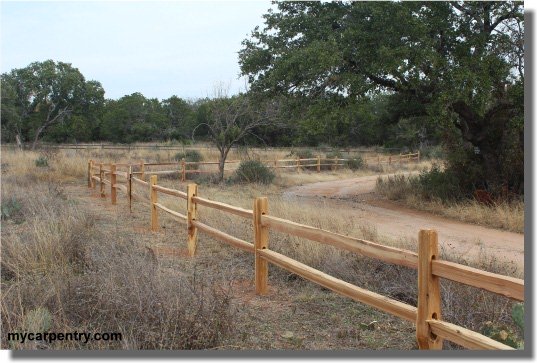 Stretch a nylon string tightly between two temporary posts.  T-Posts work great for this.  Locate the T-Posts beyond the beginning and the end of the section of split rail fencing that you are planning to build, by 2' (more or less), and offset the string/posts from the actual location of the post holes by 1' (see diagram below).

Digging the Post Holes of a Split Rail Fence

The most difficult part of building any fence, is digging the holes for the fence posts.  Renting a Boxer 320 series mini-skid will make that task much less difficult than digging the post holes by hand with a post-hole digger.

I tried digging my first post with a post-hole digger and it took me four hours to dig a hole 12 inches in diameter by 24" deep.  However, my soil was mostly compacted crushed granite.  If my soil conditions had been easier digging, I might have not rented the mini-skid.  That's a choice you can make yourself.

If in doubt, try digging one hole with a post-hole digger on your split rail fence.  You'll know very quickly which way you will want to go... 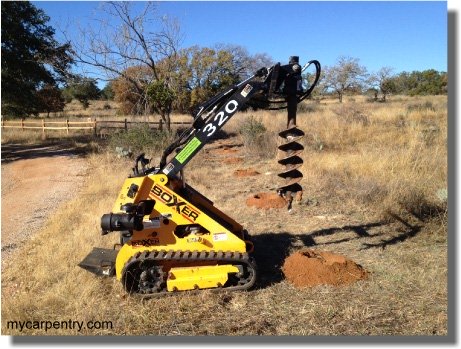 The Boxer Mini-Skid came will several attachments, including three sizes of auger bits.  I chose the 10" bit to drill the post holes for my split rail fencing project.

Before setting the posts in soil or concrete, seal the bottoms of them with a stain/sealer.  One fence builder that I talked to suggested dipping each post into used motor oil before sticking  them in the ground.  This is supposed to be the best/cheapest method of preserving your fence posts. 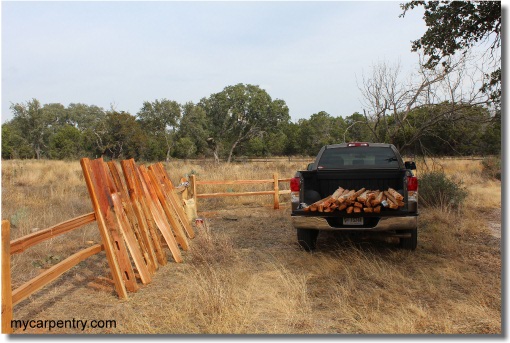 Setting the Fence Posts and Rails

Once the post holes have been dug to the desired depth, you can begin to set the posts and rails.  Unlike many other types of fencing, with split rail fencing you cannot set all of the posts first and then install the rails.

Since the rails are notched on each end, just enough to fit into the slots in the posts, you must install each post/rail section as you go.  Here is the process: 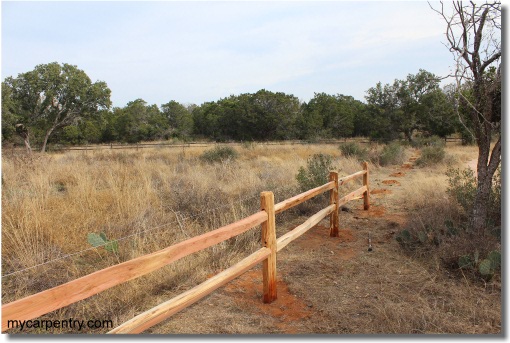 You can use the same string that you used to layout the location of the post holes for making sure that the fence stays straight while installing the posts/rails.

After all of the posts and rails have been installed and the posts have been secured in place with dirt/gravel/concrete, secure each end of the rails into the cedar posts using a 3.5" galvanized deck screw. 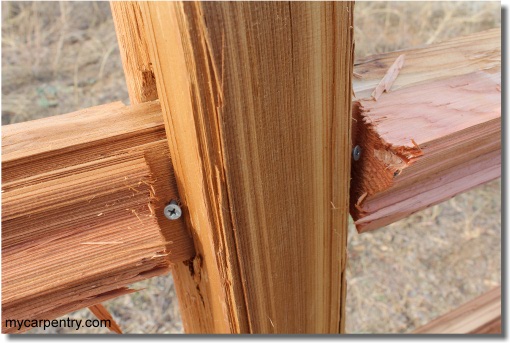 Rails Secured into the Posts with Deck Screws

Consult your fencing supplier for advice on securing the posts in the ground.  Soil conditions vary considerably in different regions.  My soil was mostly crushed granite that packs well.  I did not use concrete to secure the posts on my split rail fence.

I plan to seal my posts and rails with a cedar stain/sealer, but many people choose to let the cedar age naturally to a dark grayish finish.

If you have any comments or suggestions to this article about split rail fencing, please do not hesitate to contact us.